We have all suffered from the constant service interruptions of the Montreal Metro. And we all know that it affects the users in more than one way. Particularly when users must connect with trains and buses. So, a 5 or 10 minute delay in the Montreal Subway system may make us waste 50 minutes or 1 hour on top of the time already invested inside the subway.

We also know and can expect that the Metro will fail. It will be delayed exactly at the rush hour and when you need it the most. And we know the frequency is very low, so outside of rush hour in the middle of the day you can wait about 6 to 7 minutes for the subway train to arrive when everything goes well. We can complain and rant about how for being such a small and geographically limited subway Network, Montreal Metro fails almost every weekday.

If you are feeling frustrated by the facts mentioned above, please don’t even read or Google the news from the STM justifying the poor service and promising to improve it since 2013. Without fail, every year is worse and the promises are more numerous. On top of that, by some miracle, the STM claims (I don’t know the source of their numbers) that most of the users got to their destinations on time. Is there any budget to send the planners and some managers to Caracas, or Medellin or Madrid (not to even dare to mention New York) to compare how a subway system should work at least in much more economically challenged countries.

Come on! Now read the above paragraph again and imagine yourself justifying to your customers and bosses your poor performance at your job in the same way. It is hysterical! As I am writing these lines I am laughing. I can see now the humor in the whole thing even if it is affecting my daily commute. 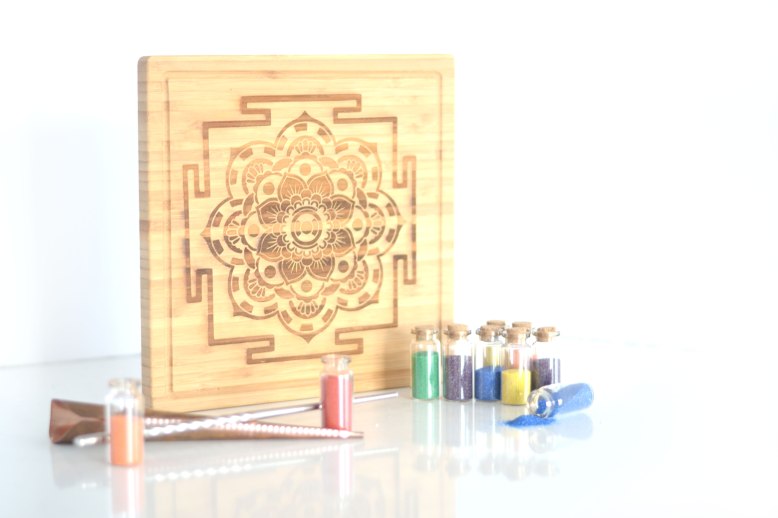 This is the complete Mandala Set from Kaizen Tree. Click here to start meditating!

I have chosen to follow some of the advice you can read about in articles discussing the practice of mindfulness. Here are several ways the STM cooperates with me in my meditation practice and views of life. So, in reality, the ridiculously bad service of Montreal Metro has helped me in the following ways:

And without a doubt, the most important thing I am practicing daily is letting go. Letting go of the time I should arrive somewhere, letting go of finding answers and rather live and appreciate things as they are, adapting myself to the environment. Let’s have a good laugh at the cartoon world we enter every day in the Montreal Metro System, and thanks to the STM for so many ways it helps us in our spiritual and mental growth.