Kabbalah is an ancient wisdom designed to help people understand how the universe and life work. The word itself means “to receive”. More to the point, however, this discipline studies how one can receive fulfillment in our lives. To help us gain a deeper insight into this ancient wisdom we turn to Haggai Fridman for this week’s interview. 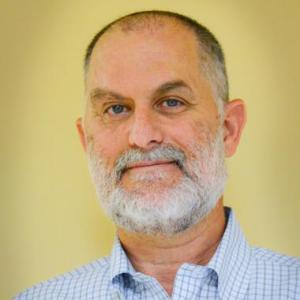 Haggai Fridman is a Kabbalah master at the Kabbalah Centre in Boca Raton, Florida – where he has shared his teachings for 34 years. Today, he shares his insights into some of the lessons Kabbalah has taught him over time – and why these lessons may be of vital importance in our own lives.

KT: What brought you to Kabbalah?

HF: I was born in a Kibbutz. That’s where I grew up. That’s where I was educated. And it was there that I started to become interested in philosophy – Western philosophies, Eastern philosophies, you name it. I then joined the military – a requirement in my country. But my interest in philosophy never faded. After my military service I went to religious institutions to seek answers to some of my philosophical questions– the problem was that when I started to ask “why?” the answers wouldn’t come. You see, I wanted to know: What’s our purpose here? One day, walking through Tel Aviv, I saw a poster promoting an introductory lecture about Kabbalah. It so happened that the lecture was set to start in half an hour, and coincidentally, the place where it was going to be held was just across the street. So, I immediately crossed the street. The teacher giving the lecture started by proposing a series of questions – and every question started with “why”; ‘Why is life this way?’ ‘Why do we believe God is perfect?’ ‘Why does God permit so many horrible things to happen?’ He started with all of these daring questions – questions that most people tend to shy away from.  He said that in Kabbalah, people need to ask these tough questions because the goal is to try to understand life. It is a journey of discovery. He said that life was like a playing field and that we all come to it with a potential to achieve our goals, but if we don’t know the rules, if we don’t understand the game, we will  be set back. Kabbalah helps people figure out what those rules are.

KT: From these rules, which one has surprised you the most?

HF: What was surprising for me was that, in Kabbalah, the questions are more important than the answers. All the answers are out there already. The answers exist. But without the right question, the impact these answers will have on you will be nothing compared to the one you get after asking the right question and working to find that answer. It’s a lot more fulfilling. 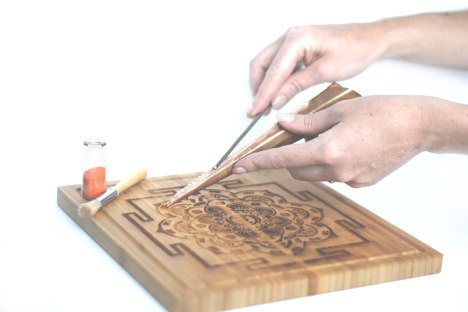 Click HERE to order your complete Sand Mandala Set and experience a unique way to meditate!

KT: What do you think the impact of having celebrities like Madonna was on the Kabbalah movement?

HF:  It definitely amplifies the curiosity of your average person. If Madonna says ‘I’m into Kabbalah and I think it is really interesting’, then loads of people will become curious about the discipline. Celebrities like her have a very powerful reach. So, ultimately, it was a good thing for Kabbalah.

KT: What inspired you to become a Kabbalah teacher?

HF: After being a soldier and seeing the damaging effects of war, I wanted to look for an alternative to doing things; a different way of thinking about things. And in this search, I found Kabbalah. Because it has taught me so much, I made it my mission to help spread the practice by becoming a teacher.

KT: Is there a historical figure that has influenced the way you see life?

HF: Yes – but there was this one incident that influenced me much more than any historical figure. One of the things I did when starting in Kabbalah, to help spread its teachings, was to go door to door selling books of the discipline; a tough job, to say the least. One day, in Florida, I knocked on this one door and a man answered. We started talking and he taught me something very special. You see, this guy had a disease and explained what some of the ailments he suffered from were. Ultimately, he said something along the lines of: I don’t know if the problem is me having this disease or if it’s this disease having me. He was not a Kabbalah student, but his question made me think of him as a Kabbalist. That moment was very special for me because it reminded me of the power of our outlook on life. For me, that was an inspiring moment that keeps influencing the way I look at things today.

KT: What, would you say, makes you different from other Kabbalah teachers?

HF: I’m not looking to be different. My goal is to be sensitive enough to understand where a student is coming from and be able to tell them what they need to hear.

KT: What, in your opinion, is the hardest thing about Kabbalah?

HF: It is definitely applying to your life what you have understood from the teachings. I mean that from a spiritual angle. Changing one’s paradigm can be very difficult for people.

KT: Have you taught students from different religions? If so, would you say that there’s a particular religious background that is easier to adapt to Kabbalah than others?

HF: I have taught many students with different religious backgrounds, but I wouldn’t say that one is easier to adapt to Kabbalah than others. It really all depends on the person. If the person is a fanatic, then obviously it will be much more difficult to carry an open conversation with him/her – making them harder to teach.

KT: Do you practice meditation?

HF: I do. I find that it is a very useful tool in our everyday life. I started when I was learning martial arts as a young man. The habit was reinforced through some of my readings about philosophy – especially Eastern philosophy. The habit has not gone away. I find that Kabbalah and meditation can be complementary. In fact, I’ll leave you with an insightful quote I once heard about meditation and religion: “Prayer is when you’re talking to the creator. Meditation is when you listen to him.”

If you want to learn more about Kabbalah or Masters like Haggai Fridman, visit kabbalah.com. To continue the conversation, please leave a comment below; where you can also join our newsletter to get notified of when our new post goes live. You can also follow us on our Facebook or Instagram; we’d love to hear from you!